It wasn’t a “Stomach Bug”

My daughter started getting her episodes around five years old. We would take her to her doctor and would be told it’s just a stomach bug. Years of this stomach bug, and yet my other two children never got this bug.

Finally, her doctor wasn’t available, so we had to see the PA. She couldn’t believe that we were never sent anywhere else to see what was going on. We were sent to a gastric doctor where they finally diagnosed her with CVS.

This was after years of the doctor acting as if she was faking and trying to get out of school. It’s hard to watch your child vomit over and over. It’s hard when your child won’t eat a single bite of food for weeks on end. It’s hard when your child drops more than ten pounds in a week. It’s hard when there is nothing you can do to help them. We now know when an episode is coming on. Her symptoms are mild headaches followed by mild stomach pains and nightmares or night terrors, then the severe vomiting and severe stomach pains. Her episodes have lasted as long as a month. We have gotten those episodes down to a couple weeks. I am glad we have found out it wasn’t a stomach bug. I would rather it have been a stomach bug, but never heard of a bug lasting so long and being so severe. We have changed doctors; the doctor she has now has not accused her of faking it.

We are going through an episode right now which I believe is brought by the anticipation of going to her first time in summer camp. We had to change her camp date, but we will prevail.

Share how you know it is time to go to the Emergency room during your or you CVSers CVS Attack.

It is one question that we see a lot. Let's talk about it! 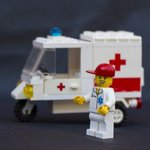 Feel like no one understands? Have you tried joining the monthly support call? Sign up on https://t.co/Puh3o6NtNi to receive the enewsletter for information. 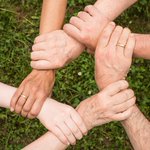 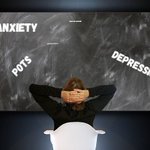