BELL COUNTY, TX (KXXV) – A young girl in Bell County is struggling to live a normal life after being diagnosed with a disorder that causes vomiting flares.

Kaylee Coats, 14, spends a lot of time in her room, but it’s not always by choice.

It keeps her from doing things most kids her age do. She can’t make it through a full day of school without getting sick. She misses out on band practice, soccer and spending time with her friends.

“Pretty frustrating,” Kaylee said. “It gets you down sometimes. It’s not very fun.”

Kaylee weighs just 88 pounds, the heaviest she’s ever been. At one point, she developed a fear of food since it was difficult for her to keep anything down.

Stephanie Martin, Kaylee’s mom, said this is something she’s struggled with for several years. It got even worse in June of 2017.

“It would just wipe her out to the point where she was not having a functional day at all,” Martin said.

She’s had around 100 doctors appointments since. Doctors in Houston and Temple have yet to find the right treatment to help her.

“She ended up in the hospital with a feeding tube, in and out of the hospital all summer long,” Martin said. “It was highly frustrating to see her there.”

Martin is trying to get Kaylee to a children’s hospital in Wisconsin that specializes in her disorder. She said they just have to get the money together since their insurance won’t cover it.

“Whenever your child is ill, your first response is to make it better,” Martin said. “When it’s something like this, you can’t. You have to rely on the doctors to do it.”

Until then, Kaylee is patiently waiting, hopeful that things will get better soon.

“If you’re always sad, then that’s just going to make you feel worse about yourself,” Kaylee said. “There’s nothing you can really do about it so why not try to stay positive. Try to find things that will work for you.”

Martin said Kaylee has stayed smiling throughout this experience. She’s even thinking about studying genetics when she grows up so that she can help other children who have the same diagnosis.

There will be a spaghetti dinner fundraiser for Kaylee on Nov. 3 from 11 a.m. to 3 p.m. Dinner is $10 a plate and will consist of traditional sides. All proceeds will go towards Kaylee’s medical costs.

Killeen Lodge #1125 is allowing Martin to use their space for the dinner. The address is 716 N 4th Street Killeen, TX. 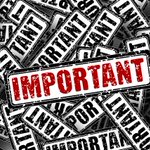