This week, a group of PGA TOUR players are going to help Bryant, the golf coach at Kennesaw State, his wife Abbi, and daughter Charley (pictured below) raise awareness about the rare disorder. At the Arnold Palmer Invitational presented by MasterCard, J.T. Poston, Keith Mitchell, Harris English (pictured below), Kevin Kisner and Brian Harman will be wearing the blue ribbon of the Cyclic Vomiting Syndrome Association.

It’s a family affair, in more ways than one. Four of the players are Georgia alums like Bryant and Abbi. Bryant later coached Poston at Western Carolina – and was among those celebrating at Sedgefield Country Club last August when he made the Wyndham Championship his first TOUR title. “It just shows us how blessed we are to have friends and family that they keep up with us and care about our situation, and they want to use their platform to help,” says Bryant, who won the 2001 SEC Championship and played one year on the Korn Ferry Tour before deciding to go into coaching. “And it’s satisfying to know that we can help some people because we know what a difficult time, we’ve had going through it.” A year ago, the same five players made donations for birdies and bogeys during the entire month of March. This year, though, the decision was made to focus attention on this week since Thursday is international Cyclic Vomiting Syndrome Aware- ness day. On Thursday Charley’s class wore blue in honor of CVS International Day (Pictured below)

The CVS awareness ribbons being worn by some PGA tour members was just one way more attention was brought to CVS on March 5th. As you can see below, many efforts were made to bring much needed attention to CVS.

The Bethel family of Kentucky spread awareness on International Day in multiple ways! They held a restaurant fundraiser at the Sugarfire Smokehouse; the restaurant donated 15% of their sales that day to CVSA. They also sent challenged their friends and family via social media and email to wear blue on March 5th and to send their pictures to them. For everyone that sent them a picture, the Bethel family pledged to donate $2 to CVSA; they had 107 participants in this challenge! Lastly, they did something called “Card Your Yard” (pictured below or wherever it gets put). They had many people stop and ask what it meant and how they could help. They were able to pass out CVSA pens, bracelets, and brochures to those that stopped to help spread the word about CVS. These are all great ideas to spread awareness within their community. Thank you, Bethel family!

“Not a Spa” week is almost over. Consider donating directly to CVSA or any of the projects that CVSA has developed to further the research of CVS and the education of medical professional. Read more about these projects on the website https://t.co/Puh3o6NtNi. 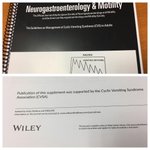 3 days left "Not a Spa Week." Donate your unused hair cut to the B Li fund. https://t.co/fgmrqzh4ak Dr. Li has helped develop educational materials for residents and fellows in multiple GI sub-specialties including CVS. Help inspire young physicians to learn about CVS! 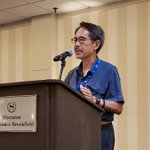 Can't get your nails done? During "Not a Spa Week" you can donate your unused manicure for Manicure for the Mission. https://t.co/nmuUxhmzv0 CVSA's mission has 4 important parts: education, support, raising awareness, and research. Stay tuned! 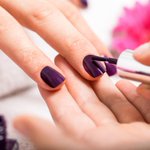